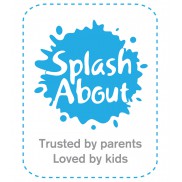 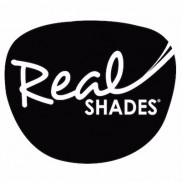 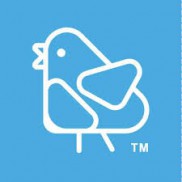 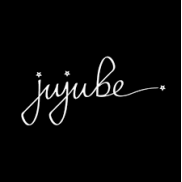 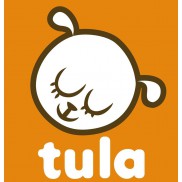 Say Hello to Omiebox. A smarter bento box for healthier lunches.OmieBox is the very first insulated .. 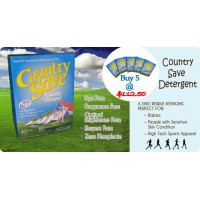 Country Save Buy 4 boxes Get 1 FREE

Finally, a detergent that you can use for baby clothes, high-performance sports attire and for the rest of the family! At 2.2kg a box, the High Efficiency (HE) formulation will allow for 80 loads of laundry if you are using a front-loader (horizontal axis) washing machine. That's S$0.3725 per wash. If you take advantage of our buy-4-and-get-1-free offer, the cost drops to below S$0.30 per wash!

Country Save low residue detergent was specially designed so that chemical residues do not remain on the clothing after they get washed. This low residue formula will allow:

Country Save contains no Enzymes, dyes, fabric softeners, perfumes or optical brighteners.Residue comes from anything in the detergent that will not rinse out of your clothes when washed. Fragrance and brightening agents are two perfect examples. If the laundry smells like detergent, it is covered in a film of fragrance residue, likewise if laundry glows brightly under a black light; it is covered in a film of UV (ultraviolet) brightener or brightening agent known as optical brighteners. These residues can cause severe skin irritations in many people with sensitive skin. Another problem is that they also cause the fabric to stiffen when it dries. Fabric softener is then used to lubricate the fibers in order to make the fabric move freely again, however, although it takes care of the stiff fabric, it only piles more irritants on the clothing. For sporting people, the low residue leftovers allow the fabric material to “breathe” better, and can wick sweat better, In addition, the detergent residue is potentially very harmful in athletic or active wear when it is worn pressed tightly against the skin like certain compression attires do. Some regions of the body can be the most sensitive and have the worst reactions. When perspiration contacts the residue-covered fabric it reactivates the chemicals and they begin to irritate the skin. This is one reason that exercise for some people, has been known to cause eczema onsets. Coupled with the zero-phosphate formulation, this detergent becomes a true friend to the environment. Phosphates have longed been known to contribute to eutrophication of waterways. Phosphates (phosphorus with oxygen bindings) is an essential element in all living things, without which we would not be alive. Bacteria and other micro-organisms need them to order to grow and multiply, as such it is often regarded as THE limiting nutrient in biological life forms. Phosphorus is very reactive and is easily combined with other elements and usually become a nitrogenous compound. They are easily taken in by bacteria and other micro-organisms before others can and there will never be enough phosphates for bacteria; the more there is the more bacteria and other organisms there will be. While this productivity isn't entirely a bad thing in an open system such as the oceans, it matters when it concerns waterways and reservoirs that are 'closed' systems, where waters are recycled for reuse or in places where there is a thriving habitat for animals. Phosphates in waste detergent water will lead to a rapid increase of plant bacteria, which in turn the waterways to become starved of oxygen causing these animals to die, which it turn to contribute to further pollution of water bodies. Excess phosphates are also taken up by Phytoplankton, which are tiny plant microorganisms, and algae. When excessive amounts of algae are present, waterways can become contaminated with toxins that algae produce, which causes a host of ecological and human health problems including undesirable water quality, poor taste, and odors in drinking water. In countries, where water is recycled, like in Singapore, these issues should be taken seriously considering that we recycle our water - the more phosphates there are, the more costly the recycling process becomes. " With the completion of the Marina, Punggol, and Serangoon reservoirs, we now have 17 reservoirs, and two-thirds of Singapore is now part of our water catchment. We intend to continue expanding the water catchment area to cover more of the island. To enable this, we must keep our land, waterways, and reservoirs clean. Any pollution of the sources, pathways, and receptacles of water in any of our catchments areas will make the water more difficult and costly to treat. As such, a pre-emptive approach to controlling pollution is necessary." - Dr. Vivian Balakrishnan, the then Minister for the Environment and Water Resources on the Amendments to Public Utilities, Sewerage & Drainage Bill, Singapore Parliamentary Meeting, 9 April 2012. ** (Please note that this is not to be taken as an endorsement by the Ministry of Environment and Water Resources of the product.) Phosphates compounds, a common and inexpensive ingredient found in many detergents, are now banned in many states in the USA, in many European countries, and in Australia from 2014 onwards. Phosphates compounds are often insoluble and the residue leftovers are easily filtered out, as detergent residue on clothing. These are the same residue that causes a smell, or the wearer to itch, especially when the items come in contact with some moisture – bacteria action results.

Here's what some impressed (and happy !) customers say about Country Save Detergent:

"When we got married 18 years ago, my husband insisted on using Tide. It does clean very well, but left me and the subsequent kids in agony from contact dermatitis (docs refused to call it an allergy).I tried substituting various other detergents. Some he did not notice – the others he complained about. With your Country Save detergent, he noticed in a positive way (1st time ever) and said – great cleaning job – even better than Tide. The kids and I are happy because we no longer scratch and itch where clothes come into contact with us." Karen O

"Between my son's very sensitive skin, and the use of cloth diapers, I needed a good, "clean" (no pun intended) detergent that didn't leave a residue. Country Save is that detergent! It is absolutely wonderful!! It cleans so incredibly well, and with each load, I find my clothes and towels cleaner than the last. The "dirt" that seems to always be on our white socks is slowly disappearing! I love this stuff. It works great in our front load washer and is so cost effective. There are so many great advantages to using Country Save. It's good for the environment, my wallet, my children and my clothes! I'll never be able to go back to anything else." Erin H, IN"I am very thankful my friend introduced me to Country Save!I had been using the same brand-name laundry detergent since I did laundry as a youth, and thought there was nothing better on the market. I has so excited to see and feel the difference in our laundry, after the first load I washed with Country save, I actually started to rewash the cloths and linens from the closets. It brought the life and true colors back from their dull shades, as well as taking out old stains. Our polar fleece bedding has never felt softer, and they don't pile near as much as we sleep. Our towels are softer and the new towels I purchased have plumped up more than what they were originally. I had almost given up on bleaching cloths, since most have turned my whites to a grey. Country Save Non-Chlorine Bleach has kept taking that grey tinge out in each wash. Country Save has worked great in our front-load washer and I am planning to take it with us when we go camping, since it is safe on the camper plumbing and the environment. I have given away my old brands and don't plan on to try an others now." T Anderson AB"I have spent years testing all kinds of different detergents in my Front Load Washers. I determined that powdered detergents work better than liquids for me. That in itself is a problem as liquids seem to be taking over the shelves in stores everywhere. The few powdered HE detergents left all seem to leave a residue no matter how many rinses are selected. I tried regular powders, but even cutting the dosage back to 1/3 still had problems with over sudsing and felt that things weren't getting clean.One Sunday morning several weeks ago I decided to do web search for powdered HE laundry detergents and found your site. I had to write to say Thank You for such a great detergent! It is the best detergent I have ever used and will recommend it to everyone. It cleans great, it smells like nothing but "clean" when I open the washer door, the laundry feels clean (no residue left after rinsing), it shows some suds in the water, but does not over suds when spinning , it is economical to use, and it is environmentally friendly. It doesn't get better than that".Joe Menichello NY

"Dear Country Save,I have finally found something that cleans our clothes and keeps my washing machine clean smelling good. You see, my husband is in the Construction field, and as everyone who builds knows, construction mud is awful to get out of clothes. My daughter is a sports nut and plays football at recess along with many sports like little league and basketball and her stuff comes clean as well as smelling fresh. The best part of your line is by far the Non-chlorine Bleach. My son and other daughter are very sensitive to detergents and they are fine with this, and my clothes come very clean... even the white that have the ground in mud, are whiter than when I used bleach. I now only use normal chlorine bleach if I HAVE to disinfect something after someone is sick. I will be a loyal customer as long as the shipping stays cheap or until you get someone in NW Iowa to sell it. Thank you for the great product!" Lisa, NW Iowa 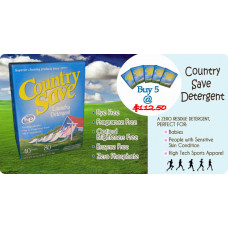 Country Save Buy 4 boxes Get 1 FREE 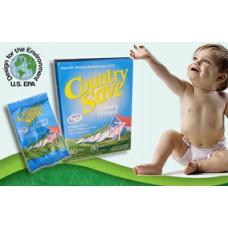 Finally, a detergent that you can use for baby clothes, for high-performance sports attire a.. 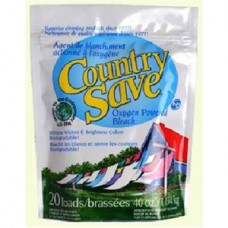 Our Oxygen Powered Bleach is an excellent product to be used by itself or as an additive with our po..